Pope and Young, America’s leading bowhunting organization, is pleased to announce the most recent winner of the honorable, Ishi Award. The exclusive Ishi Award is the highest honor which the Pope and Young Club can bestow upon a bowhunter, and is only awarded, when a truly outstanding North American big game trophy animal, taken by bow, is deserving of recognition.  A nomination and selection committee, comprised wholly of the Club’s Board of Directors, determines each selection after careful evaluation.

At the 60th Anniversary Banquet, Luke Brewster joined the ranks of prestigious Ishi award recipients for the harvest of his world record non-typical whitetail deer which measured 327 7/8 inches. It’s the largest whitetail ever killed by a hunter in either Pope & Young or Boone & Crockett. Luke shot this incredible deer in 2018 in Edgar County, Illinois.

The Ishi award is named after one of the most influential bowhunters, and one of the greatest influencers of Saxton Pope and Art Young.  Coming from a thought-to-be extinct tribe, the Yahi, Ishi it is believed, had never had contact with the “civilized” world.  He is considered to be the last truly primitive Indian in North America. Anthropologists brought Ishi to the University of California to study him.  Here Saxton Pope and Art Young met Ishi and took an immense interest in him, his bow and arrow making abilities, and his methods used to hunt big animals with archery equipment. Ishi taught Saxton Pope and Art Young the art of bowhunting, and lit a fire that continues to burn in P&Y members, and archers around the world. 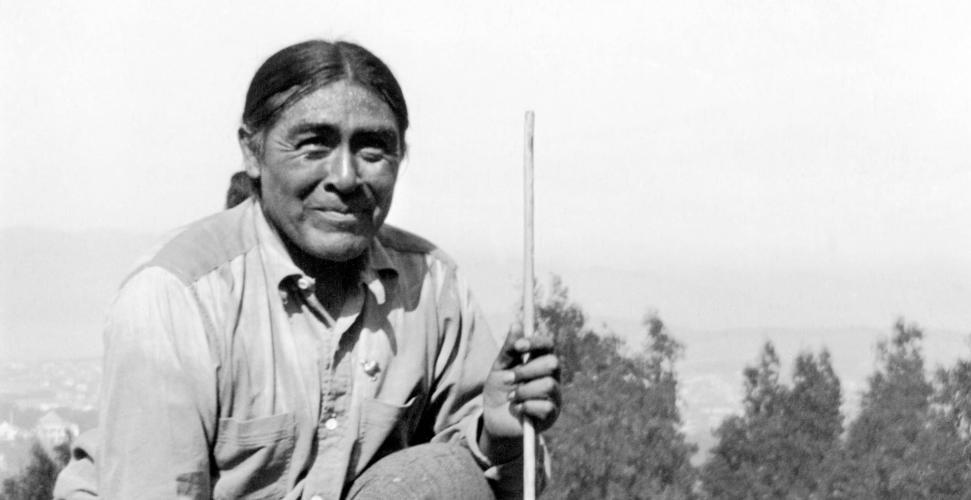 Luke Brewster is only the 20th person to ever receive this award which is named in honor of one the founding pioneers of modern bowhunting.
Go Back