View Trophies Here
Please visit our Contact page if you have specific questions about the Records Program. Get in Touch 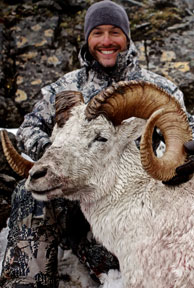 Honor the animal. The Records Program provides a poignant opportunity to honor each individual outstanding big game animal, for posterity and throughout all of time. In first and foremost honoring the animal, each record book listing also recognizes a bowhunting achievement and celebrates ALL the times and efforts involved that culminated in that moment.

Statistical data collected from the entered animals are added to the Records Program archives as part of the Club’s ever-growing file on bowhunting and North American big game species. Record books, supplements and statistical summary pamphlets are periodically published to update the compiled information. These publications are disseminated to state wildlife agencies and are available for sale to interested individuals. We have earnestly endeavored to protect and enhance the integrity and accuracy…and, thus, credibility…of our scientific-based system.

The P&Y Records Program archives provide great insight into the past and present management, health and trends of North America’s wildlife populations and bowhunting opportunities. The Recordsare a testimonial to wildlife, traditional wildlife management and the importance and success of hunting as a management tool.

It is chiefly through the Records Program that the Club is able to effectively influence hunting ethics and hold bowhunters to standards of conduct. The Club helped to establish and maintain a principle called Fair Chase, the spirit of which, it is hoped, guides the behaviors of a growing percentage of bowhunters. The Rules of Fair Chase can be reviewed HERE. Every bowhunter, when submitting a bow-harvested animal for possible acceptance into the Records, must sign a Fair Chase Affidavit (with a witness’ signature) attesting to the fact that the animal was taken legally and ethically in adherence to all controlling game laws as well as the Club’s defined Rules of Fair Chase. 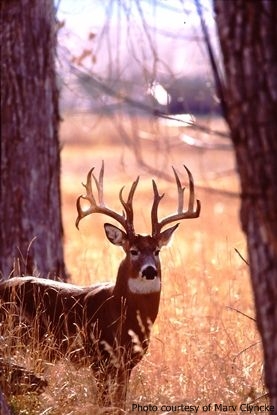 How Does it Work?

When a bowhunter takes an exceptional animal, we would encourage them to honor that animal by listing it in the Pope and  Young Club’s Records Program. The Club has a corp of trained volunteer official measurers around the country who provide the public service of measuring these animals for entry into the Records. A successful bowhunter would find a measurer in their area and arrange to have the measuring take place. If it meets the entry requirements, then the bowhunter (typically with the assistance of the measurer) completes and submits the necessary paperwork to the Club. Once the Club’s office accepts the entry into the Records and processes it, then the final score becomes “official” (until that takes place, technically, any animal would have a official score of zero). Once the entry is processed, the bowhunter will receive, among other things, a certificate suitable for framing that signifies the animal has been accepted into the Records. The entry is then listed in the next published record book and will remain in the Records Program archives for all time.

Entries are submitted to the Club’s administrative offices in Minnesota and are accepted and processed throughout the year on an ongoing basis. The Records Program is petitioned into two-year recording periods, called bienniums. For example, the 33th Biennium encompasses all entries accepted into the Records Program during the calendar years 2021-2022 (i.e., January 1, 2021 through December 31, 2022).

The conclusion of a recording period sets off a series of activities that culminates in Pope & Young's biennial national conventions. Once the recording period is closed, the top animals (generally top 3 to 4) in each of the 55 categories of North American big game are requested to be sent in to a pre-determined site for Panel Judging. Pope & Young convenes a panel judging, once every two years, to verify the accuracy of the measurements involved on these “top end” specimen.

After panel judging, the animals are displayed in a spectacular, one-of-a-kind exhibit for the Convention.  At the Awards Banquet, numerical award recognition is given to honor these extraordinary animals.

It is through this process…and thus only at these biennial conventions…that new World’s Records are official recognized, having gone through the proper and consistent processes of the Records Program. Until this official recognition has taken place, it is proper to refer to any such “candidates” only as potential, or pending, world's records.

Every six (6) years a new edition of the Club’s all-time record book, Bowhunting Big Game Records of North America, is published. Not only do these sizeable, hardbound masterpieces contain the up-to-date listing of all animals in the Records archives, they also each contain a wealth of valuable, educational and entertaining information and editorial content unique to each edition. The most current all-time record book is the 8th Edition (published in 2017), which means the 9th Edition will be due out in 2023.

At the close of each recording period, and between the publications of the all-time record book, the Club publishes Recording Period Statistical Summaries.These booklets list specifically the entries accepted during that two-year recording period and serve as an addendum to the most current all-time record book. These statistical summary booklets also contain tremendously valuable information pertaining to entry distribution and growth, by species, as well as general statistics gleaned from the entry materials, such as shot distance, age of hunters, popular equipment, etc. 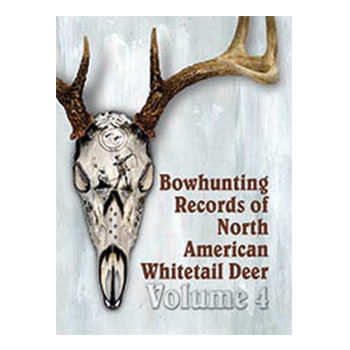 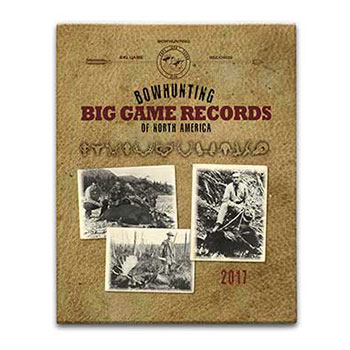 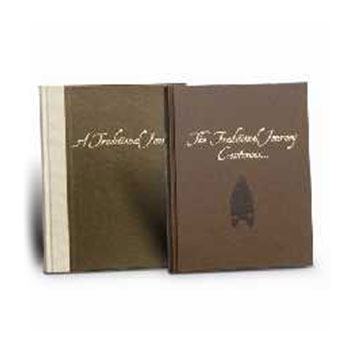 The Club also publishes a couple of different specialty books. Due to the wealth of information the Club has available on America’s most popular and most recorded big game animal, we produce a series of whitetail deer only record books, Bowhunting Records of North American Whitetail Deer. The listings are broken down by state/province and include entry density maps and great editorial content as well. These editions are published on a six-year cycle that began in 1997. The current edition, Bowhunting Records of North American Whitetail Deer, 4th Edition was published in 2015, and contains all Whitetail and Coues' Deer entered by December 31, 2014.

In 2007, the Club released is first traditional book, entitled A Traditional Journey. This landmark publication documents the spirit, heart and soul of hunting with the bow and arrow. Thought-provoking chapters and commentary explore the principles and values that embody bowhunting. This publication, for the first time anywhere, lists traditional-equipment harvested animals (i.e., recurves, longbows and selfbows). In 2013, the Pope & Young Club released the second book in this series, The Traditional Journey Continues. Recently, the Club has begun including a CD along with the record books. The CD contains the detailed statistical information on all of the entries in sortable database format. This highly sought-after opportunity is a valuable research tool.