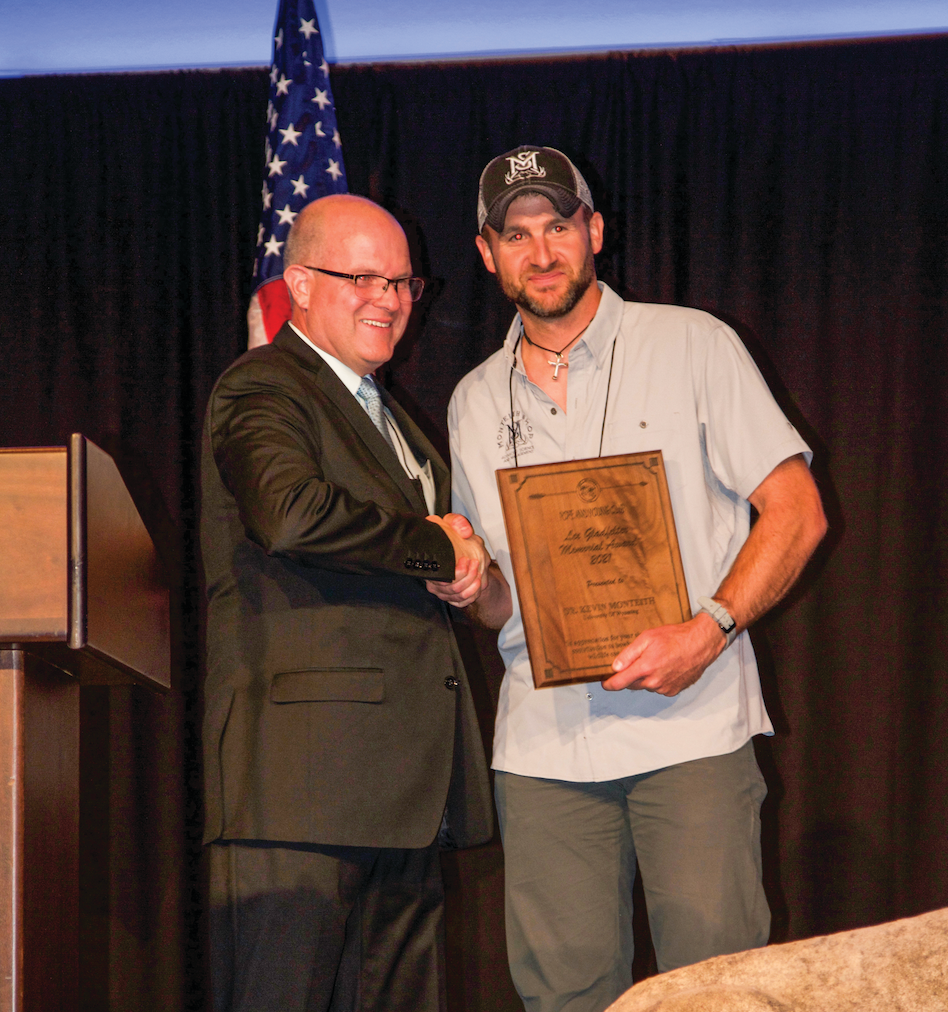 Pope and Young, America’s leading bowhunting organization recently recognized Dr. Kevin Monteith, from the University of Wyoming, as the recipient of the Pope and Young Club’s Lee Gladfelter Memorial Award. This award is named after Lee Gladfelter, a prominent wildlife biologist with the Iowa Department of Natural Resources, and a dedicated bowhunter. The Lee Gladfelter Memorial Award recognizes a wildlife professional who, through their efforts, has made a significant contribution to bowhunting and wildlife conservation. The award was given during the 2021 Award Ceremonies at the Pope and Young 32nd Biennial Convention in Reno, NV.

Dr. Monteith is a wildlife research scientist from the University of Wyoming who leads research teams focused on bighorn sheep, pronghorn, and mule deer survival. Since 2013 the Wyoming Range Mule Deer Project –led by Dr. Monteith and his team of researchers –was established to answer critical questions regarding mule deer health. Their ambitious goal was to meet the vital research and management needs identified by both citizenry stakeholders, and those responsible for managing the deer populations –the Wyoming Game & Fish Department.

“Most recently, and in a historic first, this research influenced the National Transportation Bill, helping to ensure that funding would be provided for the construction of over/underpasses to help mitigate wildlife vs. vehicle encounters, benefitting not only mule deer but a wide variety of species” stated P&Y Conservation Chairman Neil Thagard.  “Also, noteworthy Dr. Monteith is a great wildlife research scientist, an avid bowhunter, and a talented taxidermist.  It is truly an honor to present him with this award.”
Go Back